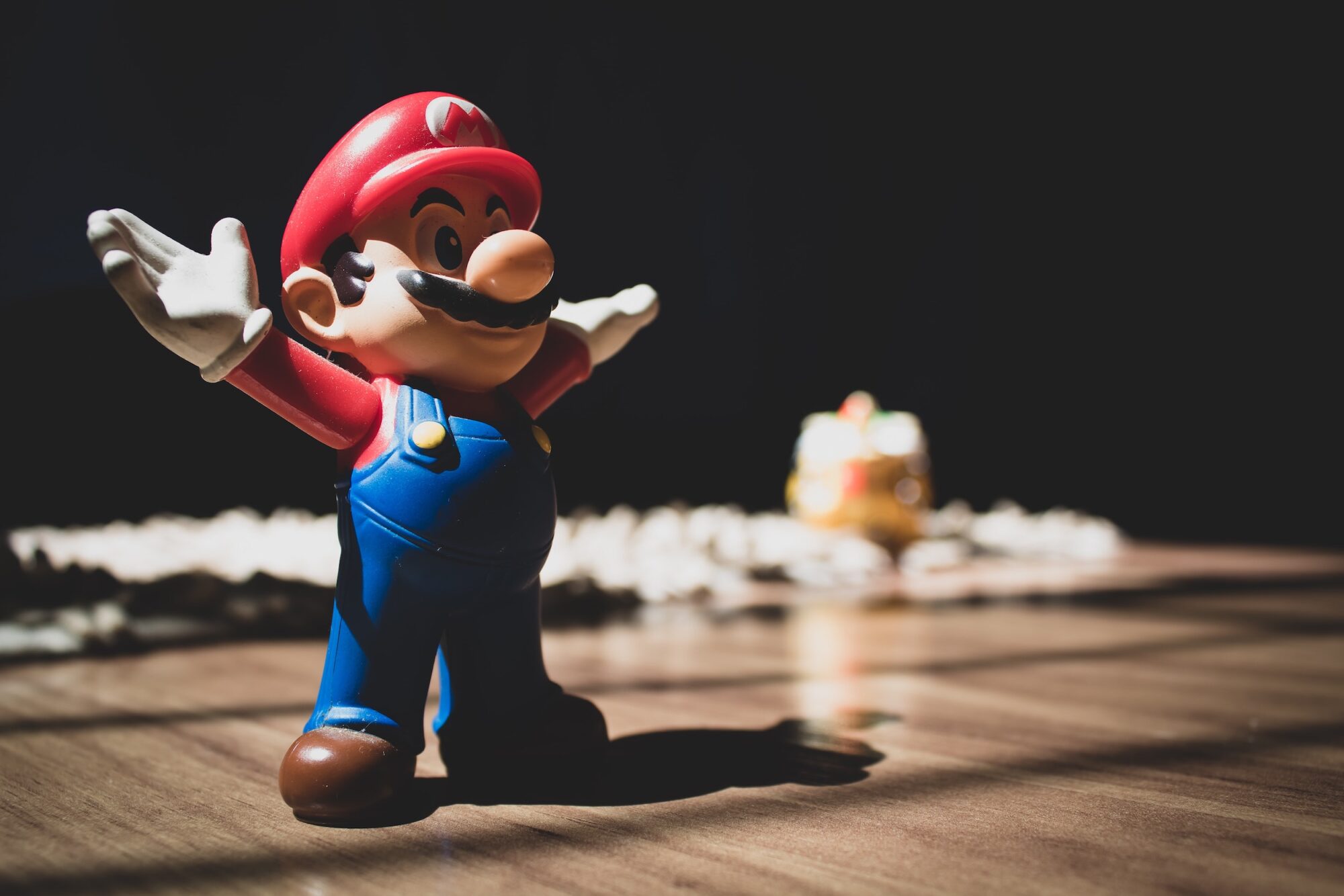 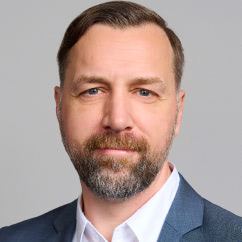 It’s no secret that games are big business, but did you know that more than 10,000 new titles get released every year across the most popular digital game stores? Often, the success of a game lives or dies on the strength of media reviews and influencer engagement, but with so many titles to choose from, how do you get your game in front of – and promoted by – the right people?

This is the sort of challenge that digitalPR relishes and excels at! Preparation, creativity and strong relationships with editors and influencers are the keys to helping your game rise over the noise.

Here are six key principles that we adhere to, to create brilliant games marketing campaigns in the Nordics.

1. Treat your contacts as people.

There’s a world of difference between knowing about your contacts and actually knowing them as people. The former is simply data that anyone can mine; channel or publication names, and what games they cover, for example. The latter is a relationship that takes time to nurture, but pays dividends in the long run.

Putting everyone into themed mailing lists is often the easiest choice for mass reach-out, but this produces fewer follow-up conversations and a smaller chance of coverage as a result. In contrast, reaching out directly with a personalized proposition that understands the contact’s wants and needs has far more chance of success. A good relationship also means that the journalist or influencer will come to you, even when there isn’t necessarily a particular game in focus.

When you build relationships that media and influencers see value in, they will also trust you to contact them using instant messaging tools, or even by phone, because they know you won’t waste their time.

The reality of game marketing means that embargoes are a necessity, as is ensuring they are adhered to. This is made much easier if your relationships with media and influencers are built on mutual trust.

At the same time, it is important to set clear expectations long before the deadline. For example, if there are a limited number of review codes for a game then it increases the importance that content is published at the agreed time. Having good relationships helps to make such negotiations run more smoothly and to plan.

However, there’s no reason to be unnecessarily demanding. If the original deadline does not fit their schedule, make the situation clear to your contacts beforehand, and seek to make an alternative agreement if possible.

In all cases, mutual trust is vital to ensure that you can deliver for your client, while also ensuring that the relationship supports and benefits your media and influencers too.

3. Be upfront about what the product is and isn’t.

When pitching a game to interested parties, a common mistake is overselling it and ending up in a position where what you promised doesn’t match the experience delivered.

This situation leads to a muddled message and a poor outcome. In the very worst cases, you can damage the trust that has been developed between you and your contacts, and the reputation of your client in the eyes of key media and influencers. Instead, always prepare a pitch that is clear, honest about how the most important mechanics work, and what sets the title apart from the competition.

In short, clearly and intelligently sell the benefits, but never over-promise.

4. Being an enthusiastic expert always helps.

While it’s essential to have a detailed understanding of the games that you’re pitching to your contacts, it’s even better if you’re a fan too. This allows your natural enthusiasm to influence conversations about the title in question. That doesn’t mean having pre-prepared answers for all questions, but rather having a good grasp of what makes the game work and how it captivates its audience.

To achieve this, play other games in the same genre, look up all the information you can find about the biggest titles with similar mechanics. And never be afraid to tell contacts that even though you might not have the answer to their questions immediately to hand, you will gladly get them from the team behind the game.

5. Be prepared and always go the extra mile.

Journalists and influencers are time-poor and appreciate any efforts on your part to save them even a few minutes per day. This means always having packages with the newest assets ready, making sure download links have been updated, supplying them with updated information as soon as it becomes available and delivering everything with short and concise explanations.

If the opportunity presents itself, never be afraid to go the extra mile as this results in better coverage and a stronger relationship with the contact in question. Working hard to arrange extra interview opportunities, direct access to developers, unique assets and more can all help facilitate this.

6. Your job is not finished at the point of release.

Many games will continue to evolve for months or even years after their first release, with game-changing patches, DLCs and more, that can change a good title into a great one. It is therefore important to keep in mind that there are still a lot of stories that can be told about the game, even after the first reviews have been published and playthroughs have made it online.

Plan for possible follow-up options so that you can deliver extra value for you client, and unique content for your contacts. This could include offering special features, such as post-release interviews with key industry figures, or development stories to further extend the coverage of the game.

Why expert content localization is more than just translations

Any business looking to expand beyond their home market will at some point require the services of a translation agency.... 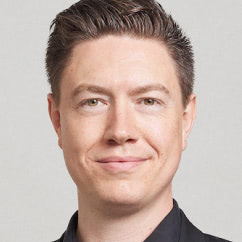 When thinking about the topic of crisis communications, it’s easy to imagine a “West Wing” scenario, where serious, suit-wearing men... 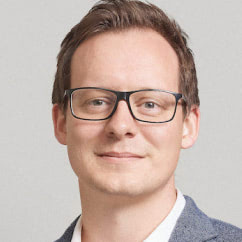 How our services work

digitalPR is your brand’s gateway to the entire Nordic region. Through the execution of compelling and newsworthy PR and communications campaigns, we have proven success in propelling brands to the top of the news agenda. Our expert team of former, high-profile technology journalists have strong relationships with all the key B2B and consumer media, and specialize in crafting campaigns and thought-leadership stories that will grow your business.

Within every organization there are star people, whose knowledge and expertise are a cornerstone of your business success. With the right driving force, these people can become powerful advocates for your brand.And in the digital age, expertise and authenticity are major selling points that can drive sales just as much as advertising or other promotional campaigns, but only if done correctly.

Our job at digitalPR is to ensure that your star people are heard in the right media at the right time, and in the right context, so that they can shine a light on your business and its USPs.

Social media remains one of the most important channels for communicating your brand’s message and engaging with customers and fans. With proven success in organic and paid digital campaigns across everything from Facebook to LinkedIn, our marketing team can help your business grow and reach new audiences. With data-driven strategies, developed through years of experience, plus an intricate understanding of the nuances and best-practices for each social platform, we leave nothing to chance, so that you receive a measurable and impactful ROI.

An effective content marketing strategy must be at the heart of any digital marketing initiative. However, in order to generate high-quality traffic and leads, your brand must produce compelling, insightful content that resonates with your target audience. digitalPR is uniquely placed to supply content campaigns that convert, thanks to our expert team of former technology journalists. We will write content that demands to be read, and drive inbound traffic and leads through effective use of lead-nurturing strategies.

In a recent survey of 4000 marketing agencies, brands, and other industry professionals, 91% of respondents believed influencer marketing to be an effective form of marketing. Whether you need a one-off influencer activation or long-term partnerships with relevant, high-profile influencers in your business sector, digitalPR can ensure your brand is promoted by the right influencers, in the right way, and with measurable results.

As self-confessed language nerds, we are writers, editors and expert translators at heart. We can localize even the most complicated product content, while maintaining technical accuracy and your brand’s unique tone of voice. This ensures that your key communications material can be enjoyed in all the Nordic languages.

We know that telling a great story about your brand or product is the gateway to business success. And who better to create these stories than journalists themselves?

Send us an email

Send an email to the digitalPR team, and we’ll get back to you promptly